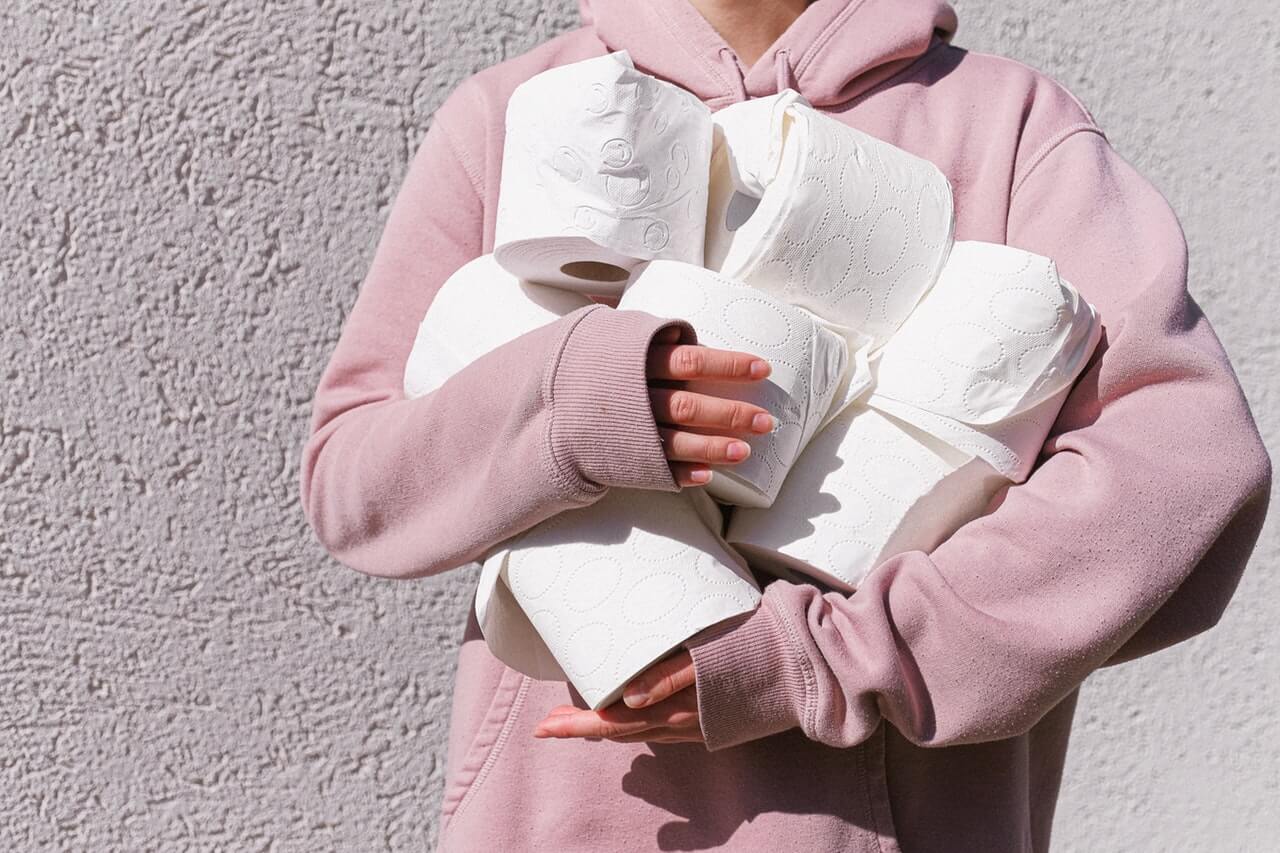 In times of panic and chaos human beings act in ways that defy rationality. We are a species unique in our ability to make decisions and consciously react to the world around us, but when we feel threatened, we revert to operating reactively using only the primitive part of our brains. In his 1841 book titled Extraordinary Popular Delusions and the Madness of Crowds, Charles Mackey shares stories about how humans act irrationally in unison. Mackey writes:

“We find that whole communities suddenly fix their minds upon one object, and go mad in its pursuit; that millions of people become simultaneously impressed with one delusion, and run after it, till their attention is caught by some new folly more captivating than the first."

In the last five years alone our modern world has experienced two popular delusions of note. The first being the Bitcoin Bubble of 2017 where the price rose to nearly $20,000USD on December 17th and fell to below $11,000USD five days later. There were Bitcoin ATMs set up in bars so that people could use their credit cards to make purchases. Everybody and their grandma seemed to be buying Bitcoin, but nobody really understood Blockchain works, and there wasn’t much you could do with it once you had it. Most companies and retailers don’t accept Bitcoin as a form of payment. Our most recent popular delusion is the Covid Toilet Paper Crisis.

This month, there were multiple videos posted online showing people physically assaulting each other to get their hands on excessive quantities of TP. Countless others posted to make fun of, or display shock about how human beings could act this way. Time and again we see individuals making irrational decisions and acting in seemingly inexplicable ways. Instead of criticizing the behavior of the masses, let's see if we can distill why. Why do groups of otherwise rational, sane people act in ways that defy common sense? And, in our case, how can this help us think about the future of Artificial Intelligence?

Our first clue comes from the work of Nobel Prize winner Daniel Kahneman. Kahneman established through many years of clever experiments that our brain has two modes of operating. The first, what he calls System One, is our reactionary brain. Our quick-thinking and intuitive decision maker. This part of the brain works great when you need to swerve at high-speed to avoid a car drifting into your lane, but works poorly in situations when you need to consider several perspectives, data-points, and ‘think.’ This is where System Two comes in. System Two is our rational, deliberate mode of thinking. When you’re deciding to buy a new house, you’re considering the location, the price, current interest rates, and a multitude of other factors. This requires you to slow down, consider the relationship between the variables, and make a conscious decision.

In times of stress or when our cognitive systems are overloaded with information, we revert to System One and make reactionary choices. This explains much of the behavior behind the madness of crowds. In times of panic and chaos, we see one person buying toilet paper and without considering why, we attribute this action to a fundamental need and follow suit. Eventually the grocery store shelves are left empty, which increases the desire and want even further.

Our second clue comes from 1943. That year, Abraham Maslow published his famous paper introducing the world to ‘Maslow’s Hierarchy of Needs.’ The hierarchy provides a model to think about the behavior of human beings and how they may act differently and pursue different goals as their psychological and physical needs are met. At the bottom of the pyramid are physiological needs. These are things like food, water, and shelter; the items needed for basic survival. The model explains that without these items, humans have an inability to pursue or nurture the needs located higher in the hierarchy. Things like, safety needs (financial security and physical security), love and belonging needs (meaningful relationships), esteem needs (a feeling of importance and meaning), and self-actualization (seeking personal growth and self-fulfilment).

Maslow’s thinking was revolutionary at the time because the field of psychology believed that a human's potential was fixed. Maslow provided a framework that showed how humans, by obtaining their lower level needs, could eventually become capable of pursuing personal growth and fulfillment. When we think about the Covid-19 and toilet paper, the hierarchy allows us to narrow in on why people behaved as they did. The second rung in the hierarchy is safety, and in a time where a virus is exponentially spreading, this need is no longer being met. Kahneman shows that we lose our conscious cognitive processing capabilities and Maslow shows that we remain solely focussed on security, which led to irrational buying of items purchasers believed would make them secure in isolation.

This leads us (finally) to a discussion of AI. Fears of Covid-19 and a descent down Maslow’s Hierarchy have shown, in dramatic fashion, the madness of crowds. When we feel that our security is at risk, we don’t have the capability to nurture personal relationships, pursue activities that boost self-esteem, and are miles away from growth and fulfillment. This leads us to see where AI can make the largest positive impact on humanity and gives us an opportunity to think about how AI systems should be designed.

Imagine a world in which AI supports your lower level needs. Paying your bills or making a grocery list and ordering for delivery. AI can handle the items lower in the hierarchy, so that humans can remove themselves from the constant barrage of decisions and tasks. This will allow for an activation of System Two and the conscious decision making that leads to better choices. Fleeting moments that we pursue by turning on a mindfulness application and trying to breath for 5 minutes will become more frequent and accessible. Instead of stealing our attention away, we can use AI to take it back; to give time and attend to our loving relationships, our personal goals, or simply enjoy an uncluttered mind.

Covid-19 has rocked the world. It has brought billion dollar companies to their knees and millions of people have lost their jobs. The crisis is ongoing and the future is uncertain, but it’s provided an opportunity to pause. It’s helped amplify what makes humans act irrationally and given us a recipe for how we may be able to remedy this in the future. When designing AI, let us remember toilet paper, and let's build for something better. Let’s build to allow humans to seize control, to be augmented by the computing power of AI, and let’s provide tools that allow humans to experience the world with clarity and calm.

Bracing for the Singularity: Contemplating the Ethical Impacts of AI Implementation

The Robot Next Door: Understanding the Impacts of Robotic Process Automation ﻿

The AI Diversity Problem: How to Build Algorithms for Everyone

How to lead in the new world of AI